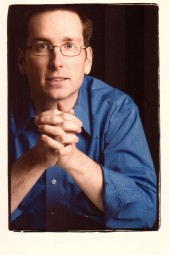 He’s not a scientist, but he’s played one on TV. Cam started out in the field of space science in a rather unorthodox way; by auditioning for it. As a graduate of UBC in Theatre (Acting), he answered an audition request from the HR MacMillan Space Centre for a new space show that they were developing. That was 1996. Since landing that job, Cam has been working at the Space Centre in different capacities from a writer, producer, programmer, and spokesperson to a hands-on science facilitator. He has helped produce dozens of science programs, collaborated with almost all of the Canadian astronauts and helped bring special events like Iron Science Teacher, and Yuri’s Night to Vancouver. He has worked extensively with the Canadian Space Agency, NASA, SETI, and many Science and Planetariums across Canada and the United States. Cam also developed a Skype program to allow space science to reach into geographically remote communities throughout BC and across Canada. His role in these adventures is to take complex, scientific data and make it understandable, engaging and most of all accessible to everyone.